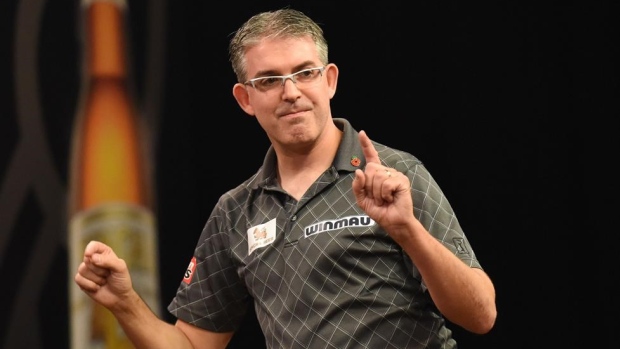 JENA, Germany — Canada was beaten by eighth-seeded Germany on Friday in the first round of the 2021 Cazoo World Cup of Darts.

Campbell punished German missed doubles to claim the opening leg and Smith then took out 107 to move Canada 2-1 up before Clemens halted the slide with a 118 finish.

The teams traded the next two legs before Hopp took control to secure a second-round meeting with Japan.

Smith, a welder from Hamilton, and Campbell, a native of Hampton, N.B., who works at an auto body shop in nearby Saint John when he is not on the pro darts circuit, reached the quarterfinals last year.

Smith and Campbell defeated fourth-seeded Northern Ireland and New Zealand last year in Salzburg, Austria, before dropping a 2-1 decision to No. 5 Belgium. It marked Canada's first trip to the quarterfinals since 2016.

This report by The Canadian Press was first published Sept. 10, 2021