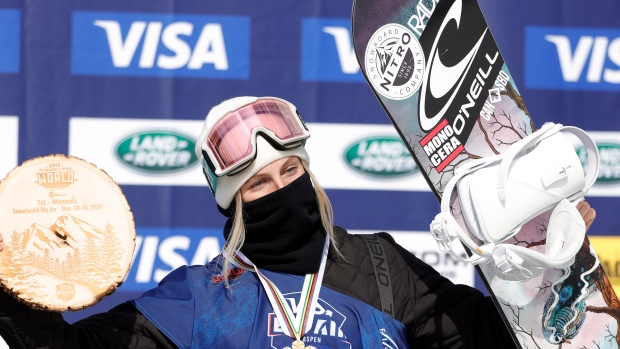 Max Parrot of Bromont, Que., gave Canada a third spot on the snowboarding podium with a second-place finish in the men's event.

Blouin, from Stoneham, Que., earned her second career gold medal at a world championships. She also won at the worlds in slopestyle in 2017.

"I was able to land the tricks I came here to do and had so much fun today," said Therriault.

"I came into the event with a game-plan and was aiming to at least get a top ten with a good score, but I never thought I would get on the podium."

Evan McEachran of Oakville, Ont., was fifth, Teal Harle of Campbell River, B.C., was 13th and Max Moffatt of Caledon, Ont., was 39th.

This report by The Canadian Press was first published March 16, 2021.