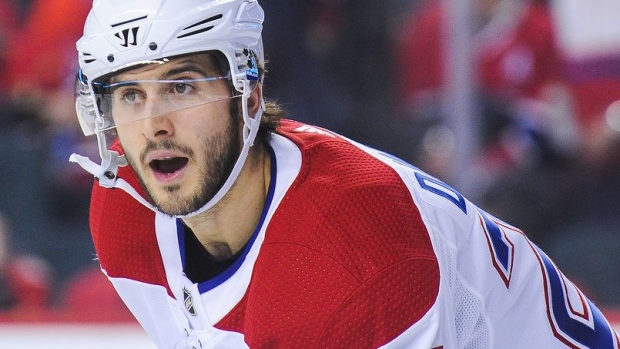 The Montreal Canadiens have agreed to a three-year deal with forward Phillip Danault worth $3.083 million per season, the club announced Saturday. He will become an unrestricted free agent in July of 2021.

The Canadiens have agreed to terms on a new three-year contract with Phillip Danault.

Last season, Danault had eight goals to go along with 17 assists in 52 games.

He was selected No. 26 overall by the Chicago Blackhawks in the 2011 NHL Draft and played his first two seasons in the Windy City.

Danault was acquired by Montreal in February of 2016 along with a second round pick in exchange for Dale Weise and Tomas Fleischmann. For his NHL career, he has 25 goals and 50 assists in 187 games.

The 25-year-old is a native of Victoriaville, Que.