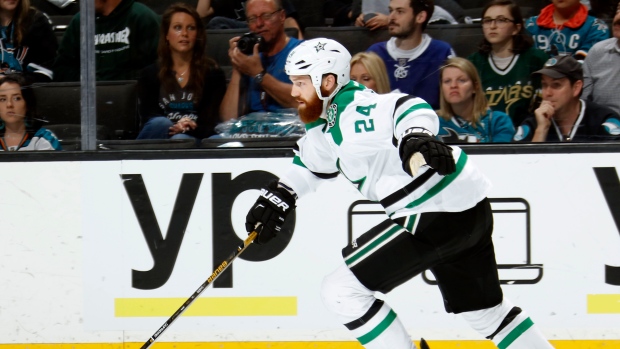 MONTREAL — The Montreal Canadiens acquired defenceman Jordie Benn from the Dallas Stars on Monday in exchange for rearguard Greg Pateryn and a fourth-round pick in the 2017 NHL draft.

The six-foot-two, 200-pound Benn has two goals and 13 assists and is minus-3 in 58 games this season. The 29-year-old Victoria native is the older brother of Dallas forward Jamie Benn. In 302 career NHL games he has 11 goals and 60 assists.

Pateryn, 26, who plays on the right side, had one goal and five assists in 24 games this season. He missed time earlier in the season with an ankle injury and has been a healthy scratch at times. The Sterling Heights, Mich., native has two goals and 11 assists in 82 career NHL games.