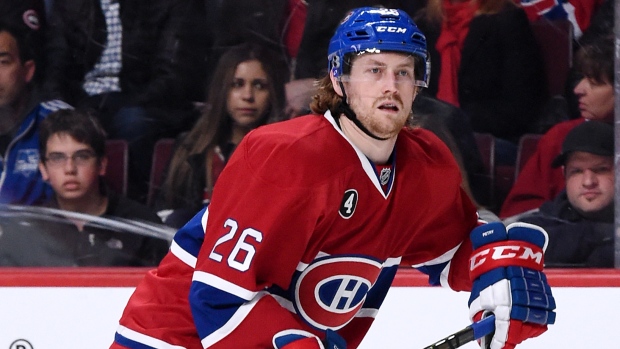 The Montreal Canadiens have agreed to terms with defenceman Jeff Petry on a six-year, $33 million contract.

The average annual value of the deal is $5.5 million per season.

Petry had been eligible to become an unrestricted free agent on July 1. The 27-year-old was acquired from the Edmonton Oilers at the March trade deadline and had three goals and four assists in 19 regular season games in Montreal.

"To re-sign (Petry) to a new contract was one of our main off-season priorities. Jeff showed a tremendous will to commit to the Canadiens and stay in Montreal," said Canadiens general manager Marc Bergevin in a statement. "He is a solid defenseman with speed and size who acquired valuable playoff experience this year. Jeff is a very good fit within our group of defensemen and his presence gives us a lot of depth at this position."

Petry was Edmonton's second-round pick in the 2006 Draft.