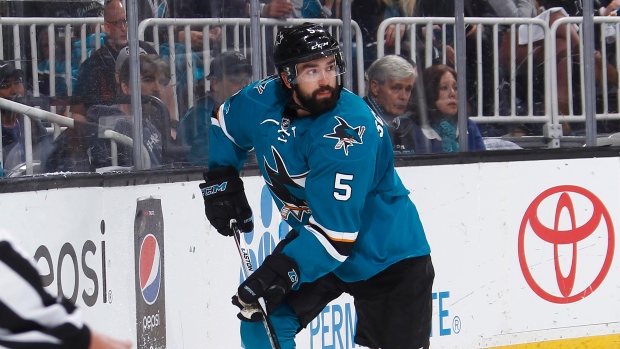 The Montreal Canadiens announced that defenceman David Schlemko underwent surgery today to remove a bone fragment in his right hand and will be out three to four weeks.

Schlemko has yet to play a game for the Habs and the injury has kept him out since the start of training camp.

The Vegas Golden Knights claimed the defenceman from the San Jose Sharks in last year's expansion draft and then flipped Schlemko in exchange for a 2019 fifth-round pick from the Canadiens.

Things seemed to be progressing well as the 30-year-old played a conditioning game with the AHL's Laval Rocket and then got recalled by the Canadiens last Saturday after grabbing one assist and a plus-2 rating for the Rocket. However, he didn't accompany the Canadiens on their road trip to face his former team in San Jose.

Last season, Schlemko had two goals and 16 assists in 62 games played for the Sharks.