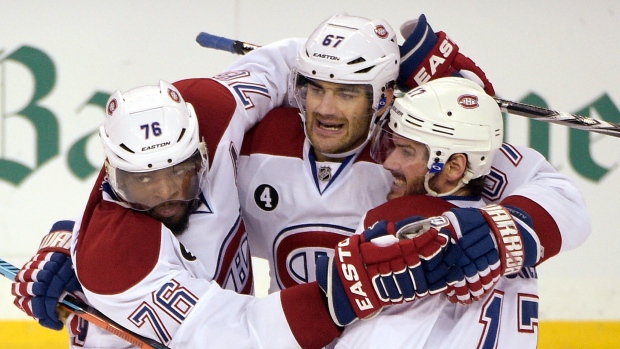 Montreal Canadiens general manager Marc Bergevin confirmed on Thursday that the team will name a captain by the end of training camp.

"This year, there will be a captain in the team," he told reporters at the team's annual golf tournament. "The transition we made last year helped us make a decision. We thought about it a lot believe the team is ready to have a captain. We must make the right decisions for the organization, but the way that our group leaders has evolved, we believe we're ready for this step."

Pacioretty, who's rehabbing a knee injury suffered while training during the summer, is among the favourites to wear the 'C'. "This is exciting news for the team," he told reporters on Thursday. "There was such good captains in this organization.

"It would be an honor to receive this role and everyone would say the same thing. I'd be very excited to get this privilege, but I would also understand if management took another direction."

Bergevin also confirmed on Thursday that Alex Galchenyuk will play at centre this season, after much debate through last season and over the summer if he's ever going to play down the middle. The 21-year-old, who signed a two-year contract during the off-season, played his first three seasons at left wing.