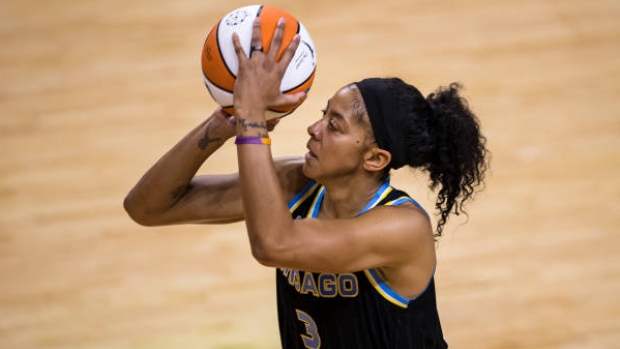 WASHINGTON, D.C. -- — Kahleah Copper scored 19 points and Candace Parker added 16 with eight rebounds and three blocks in her Chicago debut and the Sky beat Washington 70-56 in a WNBA opener for both teams Saturday.

After spending 13 seasons with the Los Angeles Sparks, Parker, a Naperville, Illinois native, joined the Sky in free agency in the offseason.

Parker scored Chicago's first points of the game with a layup and followed with a 3-pointer before Copper buried a 3 and added a layup for a 12-6 lead and the Sky led for most of the remainder.

Stefanie Dolson, Copper and Parker each sank a pair of free throws, Copper hit a jumper and Parker a 3 and the Sky's 11-0 run made it 40-25 with 3:56 before halftime.

The Mystics never got within double digits in the second half.