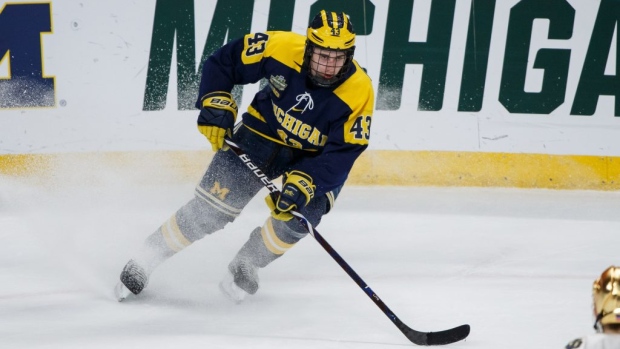 Vancouver Canucks defenceman Quinn Hughes will have to wait a while longer to make his NHL debut.

The 19-year-old Hughes, who just signed his entry-level contract with the Canucks last Sunday, will be out at least a week after an MRI on Wednesday revealed that he has a bone bruise, team head coach Travis Green said.

Hughes will be in a walking boot for a week and we’ll be revaluated once it comes off. He sustained the injury playing in a March 8 game with the NCAA’s Michigan Wolverines, whom he played with in the U.S. college ranks.