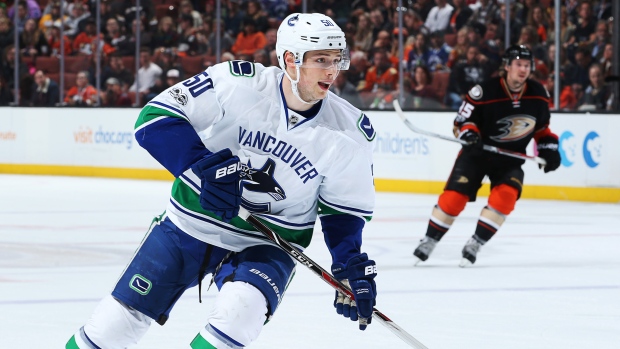 Canucks general manager Jim Benning made the announcement on Wednesday.

Gaunce played 57 games this season for Canucks, registering five assists and 33 penalty minutes. He has dressed in 77 career games with Vancouver, while spending much of his pro career with the Utica Comets — the Canucks' American Hockey League affiliate.

"Brendan sustained a shoulder injury in March and has been working closely with our medical team," said Benning.

"After a period of rehabilitation and observation, Brendan and our medical team have deemed, that based on his response to treatment, the best course of action is to undergo surgery for injury management and preparation for next season."

The 23-year-old Gaunce, from Sudbury, Ont., was selected in the first round 26th overall by Vancouver in 2012.