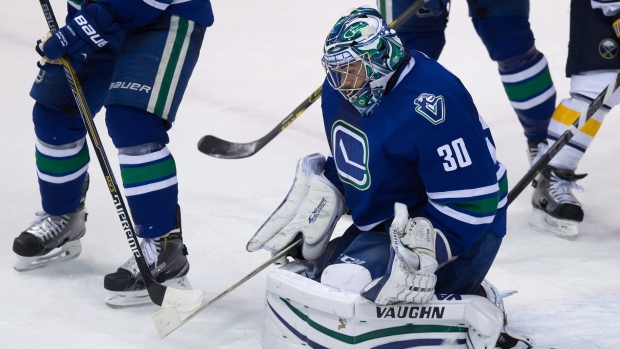 The Vancouver Canucks will likely be heading into the playoffs without their top goaltender.

According to TSN's Farhan Lalji, Ryan Miller will not start practicing with the team for at least three weeks which means by the time he is ready to return to game action, the team could be into the first round of the playoffs.

Miller has skated on his own without gear.

The 34-year-old Miller suffered a lower-body injury in late February when teammate Jannik Hansen crashed into him. The original timeline for the injury was 4-6 weeks. In his first year with the Canucks Miller has appeared in 44 games with a 28-15-1 record, a 2.47 goals against average, and a .913 save percentage.

All expectations now are that should the Canucks make the playoffs, Eddie Lack will be in net to start.