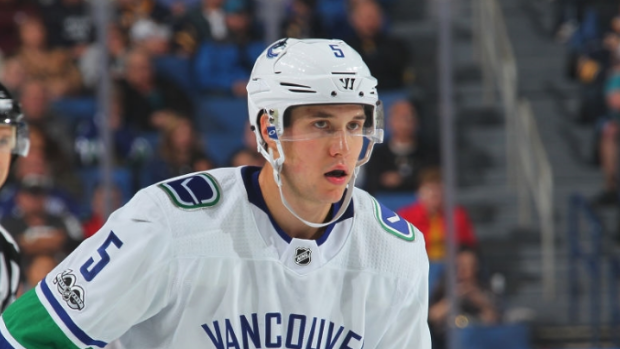 A day after not giving defenceman Derrick Pouliot a qualifying offer, the Vancouver Canucks announced that they have signed the blueliner to a one-year, $1.1 million contract.

"Derrick was a valuable part of our blueline last season and has shown an ability to contribute offensively," general manager Jim Benning said in a press release. "We are excited to have him back and to watch him take another step forward next season."

In 138 career NHL games over parts of four seasons split between the Pittsburgh Penguins and Vancouver, Pouliot has collected 36 points (five goals and 31 assists). He has also suited up in two playoff games with the Stanley Cup-winning Penguins in 2015-16.

A native of Estevan, Sask., Pouliot was acquired from Pittsburgh in exchange for Andrey Pedan and a 2018 fourth round selection on Oct. 3, 2017. He was originally selected by Pittsburgh in the first round (eighth overall) of the 2012 NHL Entry Draft.