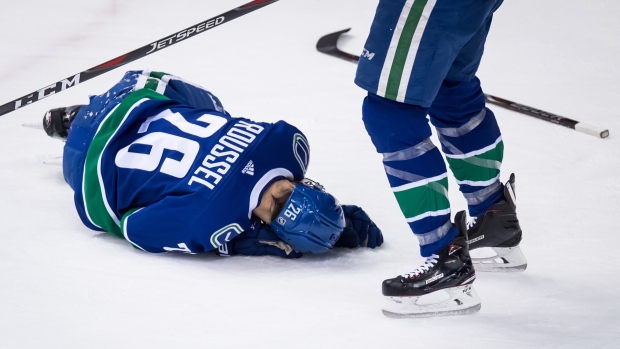 Vancouver Canucks forward Antoine Roussel will be out for the rest of the season after injuring his knee in the team's 4-1 win over the New York Rangers Wednesday night, head coach Travis Green said postgame.

Roussel injured his knee on a play where he was falling while simultaneously being hit from behind by Rangers forward Brendan Lemieux. Over 64 games this season, the 29-year-old Roussel has recorded 31 points (9G, 22A).

After spending the first six seasons of his career with the Dallas Stars, Roussel signed a four-year deal with the Canucks in the off-season.