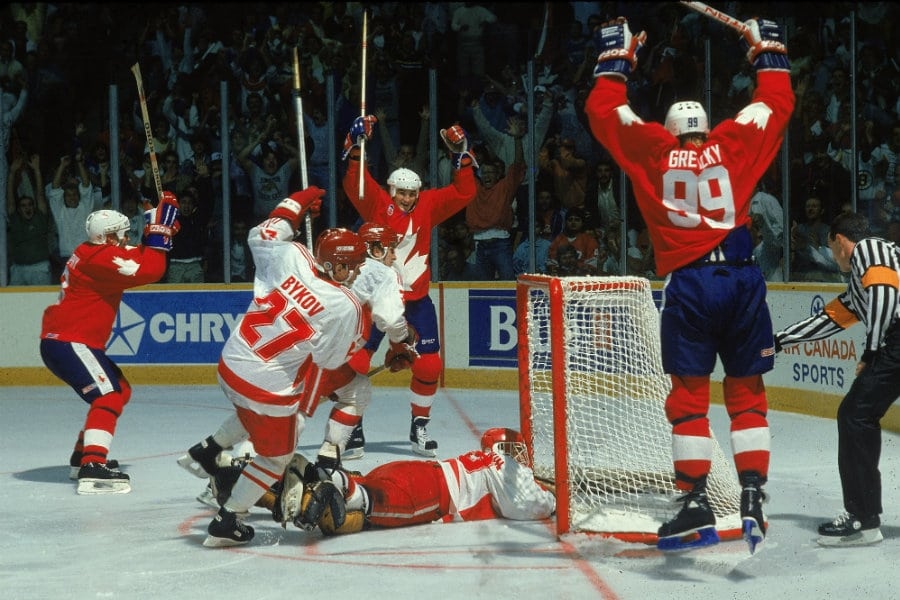 Which Team Canada (men's hockey) is most iconic?

SAN JOSE – The Vancouver Canucks (28-18-4) kick off a five-game road trip tonight when they visit the San Jose Sharks (22-25-4) at SAP Center in the Bay Area. The Canucks have won three straight, five of six and 12 of their past 15 games to climb to the top of the Pacific Division.

The Canucks started out of the All Star break with a 3-1 victory over the defending Stanley Cup champion St. Louis Blues on Monday night. JT Miller scored twice and Bo Horvat sealed the victory into an empty net while Thatcher Demko made 36 saves in his second straight start in goal. As a team, the Canucks have surrendered just one goal in each of their last three games (wins vs Arizona, San Jose and St. Louis).

Jacob Markstrom returns to the net for the first time since a January 16th victory over Arizona. He has won three of his last four starts and nine of his last 11. Aside from their starting goaltender, the Canucks will make no other line-up changes for tonight’s game.

Miller has three goals in his past two games while Horvat has five goals in his last six outings and 7+8=15 in his last 11 contests. Jake Virtanen has had back to back two assist games and has 1+4=5 in his last three games. Loui Eriksson has points (1+2=3) in three straight games for the first time this season.

Elias Pettersson leads the Canucks with 21 goals and 52 points and has been a point a game player over his past seven games, but has scored just once (at Minnesota on January 12th) in that span. He’s gone four without a goal. Brock Boeser has now gone five games without a point since scoring a pair of goals in Buffalo on January 11th.

On their 15 game run of success, the Canucks have outscored their opponents 23-11 in third periods. In a dozen games since Christmas, the Canucks have the same number of empty net goals and power play goals (6). While the team has found various ways to win recently, the power play has not been the driving force it was earlier in the season. The Canucks are 3 for 34 (8.8%) in their last nine outings. Their penalty kill, on the other hand, has been perfect in the past three games and is 13 of 14 (92.9%) in the past five games.

The Sharks snapped a three-game losing streak with a 4-2 win over Anaheim on Monday night. Patrick Marleau and Stefan Noesen each scored twice and Aaron Dell made 26 saves. North Vancouver native Martin Jones will get the start in goal tonight. Jones has started just two games in January and has one victory in 10 starts since the beginning of December.

Goaltending has been an issue for San Jose as the Sharks are the only team in the NHL with a 5-on-5 save percentage below 90% this season. Theirs is at 89.7%. On the season, the Sharks have surrendered the most goals in the Western Conference and the third most goals in the league (168).

Offensively, Erik Karlsson leads the Sharks in scoring with 5+32=37 and has nine points in his last nine games. Evander Kane leads the club with 19 goals including 10 on the power play. Kane also leads the league in penalty minutes sitting on 100 for the season. Along with Barclay Goodrow and Brenden Dillon, the Sharks have three of the top six penalty minute leaders in the league. As a team, only the New York Rangers have been more penalized than San Jose this season.

Since Bob Boughner replaced Peter DeBoer behind the Sharks bench in mid-December the club is 7-9-2. Despite the club’s overall struggles this season, San Jose has won four straight at home outscoring opponents 15-5 during that time and is 4-0-1 in its last five at The Tank.

The Canucks have defeated the Sharks in two of their three meetings so far this season and have split their two games in the Bay Area. The Canucks beat San Jose 4-1 on January 18th at Rogers Arena in the final game for both teams ahead of the All-Star break. Thatcher Demko has been in goal for both Canucks victories while Aaron Dell has tended the net for all three games for the Sharks.