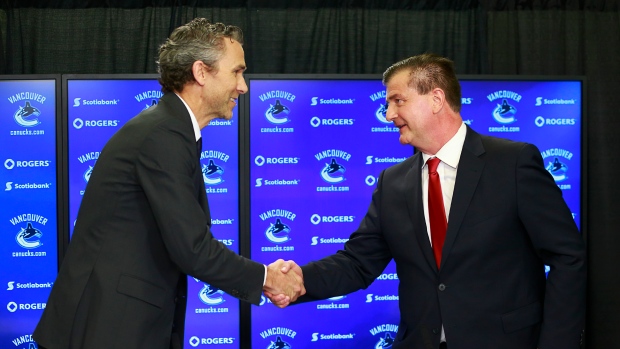 "I'm grateful to the Aquilini family and to Trevor Linden for the commitment they've made to me and for their confidence in our long-term vision for the Vancouver Canucks," said Benning. "I'm excited about the direction of our team and the depth and talent we continue to build. I believe we are on the right track and I am pleased to continue the work we started four years ago when we set out to build a championship team."

Benning was in the final year of his current contract, which he signed upon joining the team in 2014.

The franchise has a 131-138-33 record since Benning took over as general manager.

"With Jim's guidance and leadership we have put the building blocks in place for a bright future," said Linden. "We have strong internal alignment and I am excited to continue working towards our ultimate goal of bringing a Stanley Cup to Vancouver."

The extension comes on the same day Linden released a letter to season-ticket holders asking for patience as the team attempts "to build a young, fast exciting Canucks team that competes every night and ultimately has a chance to bring the Stanley Cup to Vancouver."

Prior to joining the Canucks, Benning spent seven seasons as the assistant general manager of the Boston Bruins.