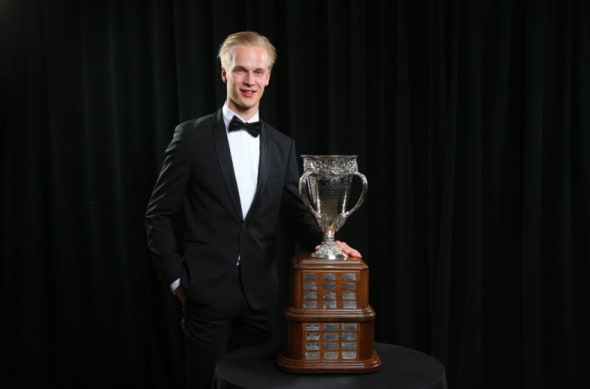 What will be the next major award won by a Canucks player? 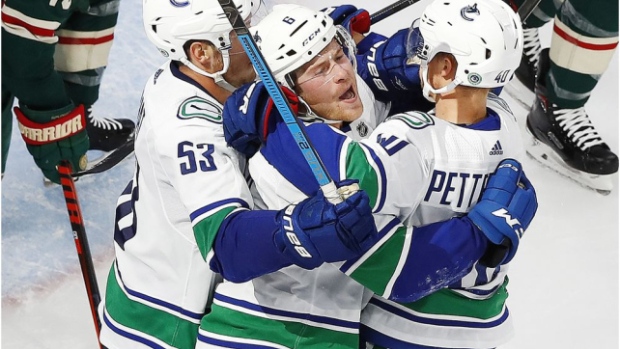 VANCOUVER – After a 5-2 win in the series opener on Wednesday night, the Vancouver Canucks will look to seize early control of their best of seven Western Conference quarter-final with another win over the St. Louis Blues this afternoon.

Bo Horvat scored twice while Troy Stecher, Elias Pettersson and JT Miller had the other Vancouver goals in Game 1. David Perron and Jaden Schwartz replied for the Blues. Jacob Markstrom made 29 saves in the victory while Jordan Binnington stopped 17 of the 22 shots he faced. The Canucks scored the only three goals of the third period en route to victory.

As they did during the regular season, the Canucks put their potent power play to good use on Wednesday. The Canucks went three for six with the man-advantage (Horvat, Pettersson and Miller) scoring once in each period. The Canucks and Calgary share the league-lead in power play goals in the post-season with seven apiece. The Canucks power play is 7 for 25 (28%).

The Canucks have won four straight games in the post-season dating back to Game 2 in the play-in round against Minnesota.

Seven Canuck players are at a point a game or better through the team’s first five post-season games. Quinn Hughes leads the way with seven points, Horvat has six, while Pettersson, Miller, Brock Boeser, Tanner Pearson and Chris Tanev all have five apiece.

Dating back to the final three games of their 2003 first round match-up and including a sweep in a 2009 opening round battle, the Canucks have now defeated the Blues in eight straight playoff games.

The defending champs remain winless in the Edmonton bubble and need that to change in a hurry. The Blues dropped their lone exhibition game, went 0-2-1 in their round robin play and then lost on Wednesday.

En route to the Stanley Cup title a year ago, the Blues played 26 playoff games and dropped back to back contests just twice. It happened in their opening round series against Winnipeg and again in the second round against Dallas.

With his goal in Wednesday’s series opener, David Perron now leads the Blues with three post-season goals. He is the only forward on the team with more than one goal in this summer tournament. Ryan O’Reilly and Brayden Schenn both have 0+3=3 to share the team lead in post-season scoring with Perron who has 3+0=3.

Discipline and penalty killing have been issues for St. Louis this summer. The Blues have killed off 16 of 22 short-handed situations (72.2%).

In the game within a game, the Blues will likely attempt to keep the Ryan O’Reilly match-up against Elias Pettersson. With Pettersson on the ice at even-strength on Wednesday, the Canucks were outshot 9-0 while the Blues held a 10-1 edge in shots with O’Reilly on the ice at evens. While that speaks to O’Reilly’s incredible defensive presence, it also represents a massive opportunity lost for the Blues. Pettersson is too skilled to be held completely in check throughout the series and still managed to make his mark on the power play.

The Canucks are expected to come back with the same line-up they used in Wednesday’s win, the Blues could make a couple of changes. Forwards Sammy Blais and Alex Steen are both listed as day to day and are possibilities to draw in if deemed healthy to play. Blais led the Blues in hits during the regular season while the veteran Steen is one of the team’s top penalty killers.