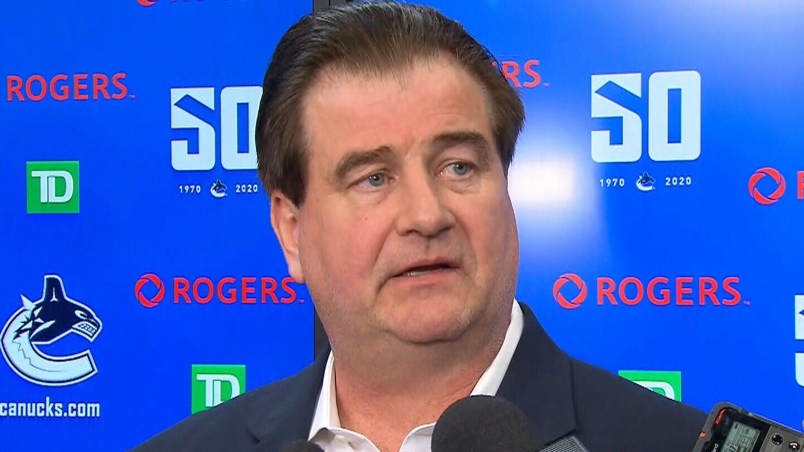 Do you believe Benning's assertion that Canucks are in a "good position" when it comes to the cap? 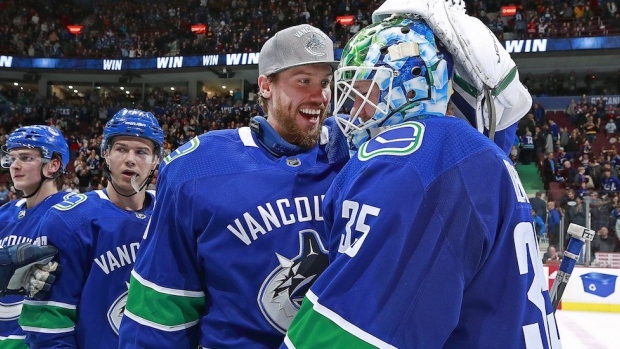 The Canucks have been idle since Tuesday’s 5-2 win over Ottawa. Antoine Roussel scored 1:50 into his season debut after missing the first two months of the season while rehabbing from knee surgery. Tanner Pearson, Elias Pettersson, Zack MacEwen with his first NHL goal and Oscar Fantenberg with his first of the season scored the other goals for Vancouver. Thatcher Demko made a season-high 40 saves in goal.

Demko, who will celebrate his 24th birthday tomorrow, will get the start in goal again this afternoon. The Canucks could make a handful of line-up changes with Micheal Ferland and Jay Beagle both set to return to the line-up after lengthy injuries. Ferland has missed 17 games with a concussion while Beagle has missed the past six games and nine of the last 11 with a lower body injury. Loui Eriksson, Jake Virtanen and Zack MacEwen are among the candidates to come out of the line-up.

Tuesday was the 12th time in 29 games this season that the Canucks have scored five or more goals in a game. Pettersson’s goal was the team’s 30th of the season on the power play after the club scored 43 times with the man-advantage all of last season.

Today’s game features two of the three highest scoring rookies in the NHL this season. The Sabres Victor Olofsson has 11+13=24 while the Canucks Quinn Hughes has 2+21=23. Both trail only Cale Makar of Colorado in overall rookie scoring but it’s interesting to note that Hughes leads all rookies in assists while Olofsson is the top rookie sniper and leads all first year players with six power play goals.

Today’s game should have been a battle of two of the best young Swedes in the game and two of the three finalists for last season’s Rookie of the Year in Elias Pettersson and Rasmus Dahlin. However, Dahlin, the first overall pick in the 2018 draft, has been out since November 25th with a concussion. He is on injured reserve and has missed the team’s past five games.

Buffalo returns to action following a 4-3 loss in Calgary on Thursday. Sam Reinhart, Jake McCabe and Jack Eichel scored the Sabres goals while Linus Ullmark made 25 saves. Ullmark has started back to back games and seven of the team’s last nine contests. Carter Hutton started the season 6-0, but is now 6-5-3 and has not won since October 22nd.

The Sabres have cooled considerably after an 8-1-1 start under new head coach Ralph Krueger. The team has won just five of its past 19 games (5-10-4).

The Sabres are led offensively by their captain Eichel who has the team-lead in goals (18), assists (21) and points (39). Eichel sits tied for fifth in the league in goals and seventh overall for points. He has been dominant on home ice this season with 13+13=26 in 14 games. He has 5+8=13 in 15 games as a visitor. The second overall pick behind Connor McDavid in the 2015 Draft carries an 11-game point streak into action today – the longest active point streak in the league. With 10+10=20, Eichel’s point total since November 16th is tops in the league.

Buffalo is 29th in the league on the penalty kill at 74.2% and 31st in the league since November (70%). The Sabres are also dead last in the NHL in the face-off circle with a winning percentage of 46.8% so far this season.

These teams will meet again on January 11th in Buffalo in another afternoon affair.