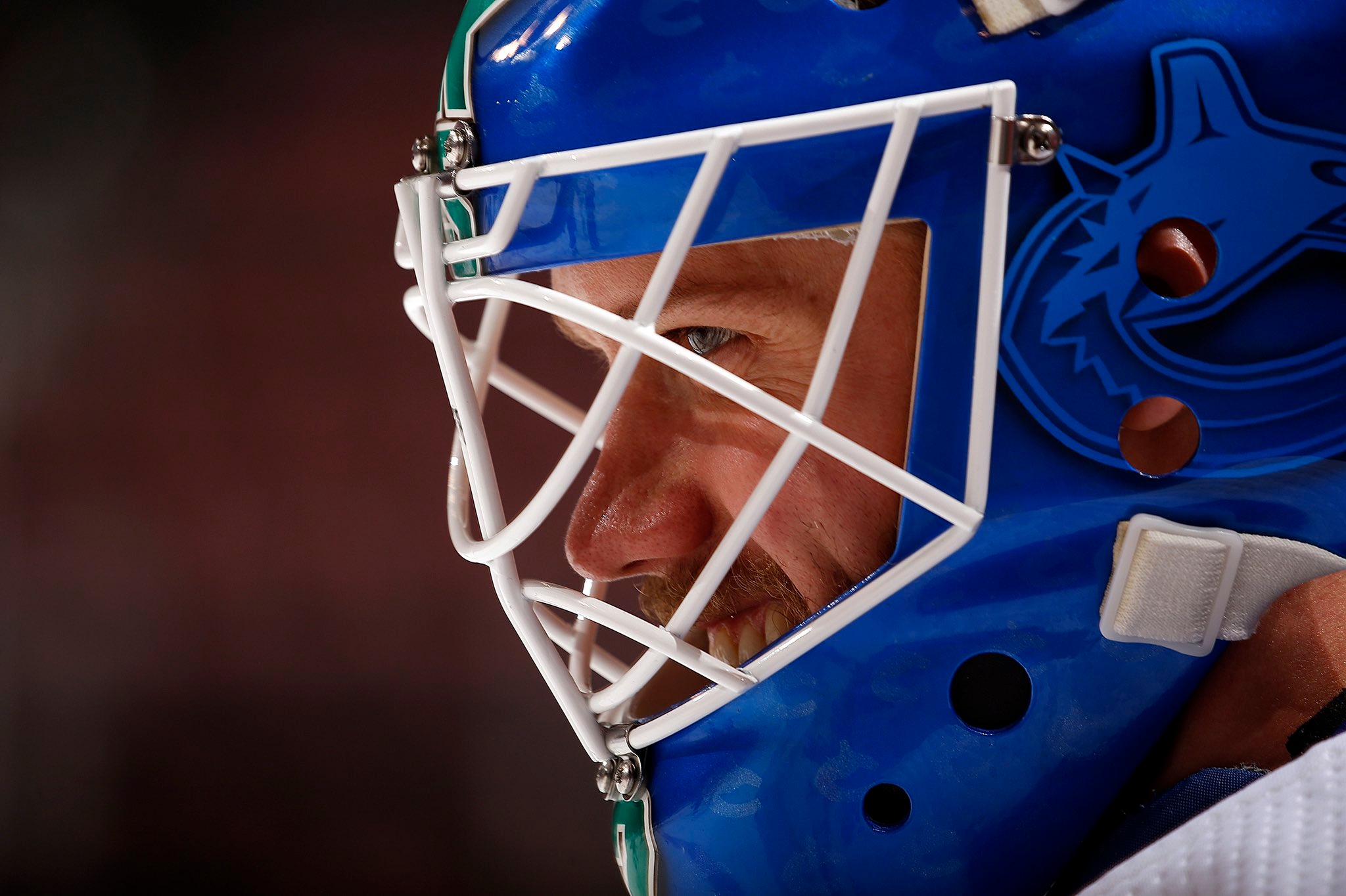 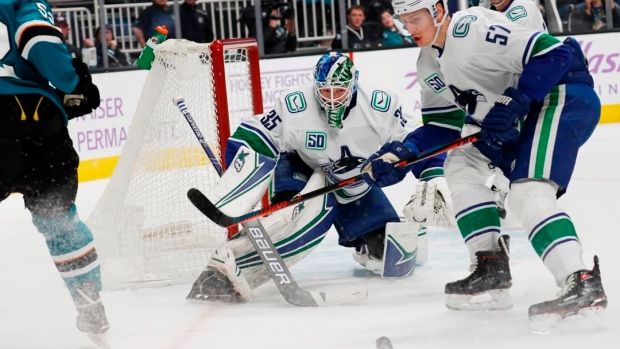 The Canucks are back to work following a 1-0 overtime victory against Carolina on Thursday. Elias Pettersson notched the 100th point of his National Hockey League career with the lone goal of the hockey game 40 seconds into OT. Jacob Markstrom made 43 saves for the fourth shutout of his career.

Markstrom will make a third straight start tonight with Michael DiPietro as his back-up. Brandon Sutter is expected to return tonight after missing 13 games with a groin injury suffered on November 12th against Nashville. Sutter will skate on the right side with Jay Beagle and Tim Schaller. Jake Virtanen will start the game on right wing with Elias Pettersson and JT Miller while Brock Boeser is slated to start the game on a line with Adam Gaudette and Antoine Roussel.

Tyler Motte, who has been out with a broken foot since October 25th, is on the road trip and took part in the morning skate. Travis Green suggested that Motte could be an option to return to game action tomorrow in Las Vegas. Tonight, Motte will join Zack MacEwen, Loui Eriksson and Guillaume Brisebois as the scratches in San Jose.

The Canucks have scored just two goals in their past two games. In addition to Pettersson’s goal against the Hurricanes, Josh Leivo found the back of the net in Tuesday’s 4-1 loss to Toronto. The Canucks went 0/5 on the power play against Carolina and have not scored with the man-advantage in the past two games. That’s noteworthy because it’s just the second time all season – and the first since the first two games on the schedule – that the Canucks have not cashed in on the power play.

The Sharks are in a tailspin having lost six straight games (0-5-1). On Wednesday, they relieved Pete DeBoer of his duties as head coach and replaced him with assistant coach Bob Boughner. In their first game with Boughner behind the bench the Sharks dropped a 6-3 decision to the New York Rangers on Thursday night. Goals by Tomas Hertl, Logan Couture and Brenden Dillon had San Jose ahead 3-2 early the third period before the team surrendered four unanswered goals. Martin Jones made 24 saves in the loss.

The Sharks are 30th in the league in goals against allowing 119 through their first 34 games (3.50 per game). As a team, they have been outscored 119-90 so far this season. During the team’s six-game winless skid, San Jose has been outscored 28-10.

One area the Sharks excel is on the penalty kill where they lead the league at 87.8% and are even better on home ice where they are killing penalties at 92.5%. They have allowed just four power play goals on 53 attempts in 17 games at SAP Center.

On the season, Evander Kane leads San Jose with 13 goals while Logan Couture is the team’s leading scorer with 10+20=30.

On Thursday night, Joe Thornton became the 12th player in NHL history to appear in 1600 regular season games. Tonight, Marc-Edouard Vlasic will skate in his 1000th NHL game – all with the Sharks.

Last season, San Jose was the runaway league leader in terms of points from its defense with 221 (2.70 per game). This season, the Sharks are 10th in that category with 72 points through 34 games (2.12 per game). Erik Karlsson has 3+21=24 while Brent Burns had 5+16=21. No skater in the league has been on the ice for more goals against this season than Burns who has been on for 56 of the 119 goals San Jose has surrendered.

The Sharks are playing the second game of a season-high seven game homestand tonight. They don’t play their next road game until New Year’s Eve in Detroit.

The Canucks beat the Sharks 5-2 in the Bay Area in their lone meeting so far this season on November 2nd.