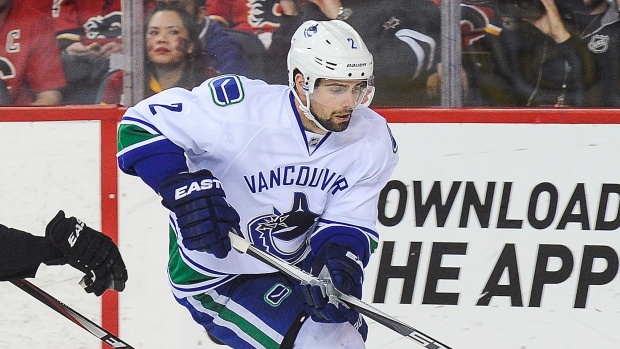 The pair will become unrestricted free agents next summer, but Canucks general manager says other priorities come first for the team.

"We’re going to go into the season and see how it goes,” Benning told the Vancouver Province on Tuesday. “We’ve touched base with their agents a little, but we’ll see how it plays out.”

Hamhuis is entering the final year of a six-year, $27 million deal. The 32-year-old appeared in 59 games last season and averaged just over 21 minutes a night. He scored a goal and added 22 assists.

Vrbata turned 34 last month and heads into the last year of a two-year, $10 million pact. The Czech was named team MVP this past season where he recorded 31 goals and 32 assists in 79 games played.

In the immediate future, Benning continues negotiations with a trio of restricted free agents in Frank Corrado, Adam Clendening and Sven Baertschi.