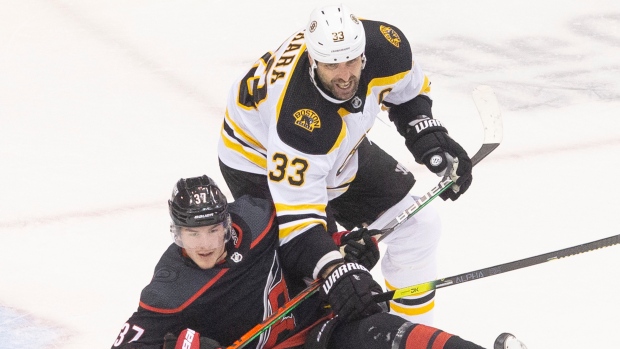 Carolina Hurricanes forward Andrei Svechnikov had to be helped by teammates off the ice after his leg appeared to buckle while tangled up with Boston Bruins defenceman Zdeno Chara late in the third period.

The Hurricanes were trailing the Bruins 2-1 at the time of the incident in Game 3 of their first round series. The Bruins would go on to win 3-1, taking a 2-1 series lead.