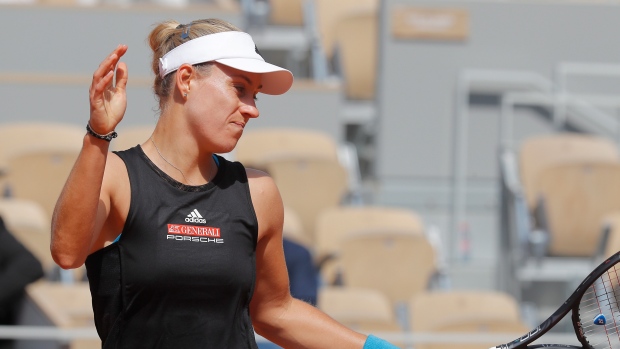 WUHAN, China — Caroline Wozniacki, Angelique Kerber and Anastasija Sevastova all lost to unseeded opponents in the first round of the Wuhan Open on Monday.

The 13th-seeded Wozniacki lost to Su-Wei Hsieh of Taiwan 7-6 (2), 6-1, 6-2. Hsieh trailed 5-1 in the first set and attributed her slow start to having just arrived from another tournament in Japan.

"The first set was not easy, because I just came from Osaka," Hsieh said. "When I came on the court ... I was a little bit lost, and she was playing good as well. I asked my coach to come on the court and I said, 'OK, I don't feel anything. I feel weird.' And he said, 'It's OK, just try to play,' and I did. I tried to keep playing and after a couple of games, it was going better and better."

After failing to convert two match points and dropping the second set, Puig regained her form in the third to oust the three-time Grand Slam winner.

Puig now has a 3-3 lifetime record against Kerber, including a win in the final of the 2016 Rio de Janeiro Olympics.

"We've had so many great matches in the past," Puig said. "I have a lot of respect for her. I know it's not over until you go and shake her hand."