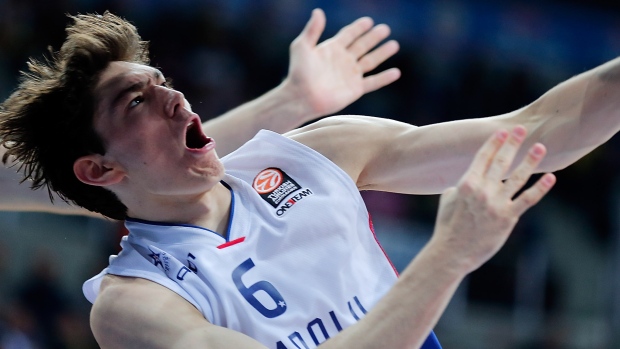 INDEPENDENCE, Ohio - The Cleveland Cavaliers will get the rights to Turkish forward Cedi Osman after picking him No. 31 pick in the NBA draft with a selection acquired from Minnesota.

Cleveland selected Duke point guard Tyus Jones earlier Thursday night and traded him to the Timberwolves for the Nos. 31 and 36 picks, a person familiar with the move told the Associated Press on condition of anonymity because the deal has not been officially announced.

The 20-year-old Osman averaged 6.7 points and 3.7 rebounds in 19 minutes in the Euroleague last season. He's 6-foot-8 and regarded as a take-it-to-the-basket playmaker, something the Cavs wanted to add this summer.

It's the first time in three years the Cavs haven't owned the No. 1 overall pick. They're only looking for players to help them win a title, and it's unlikely Osman will have an impact for several years.