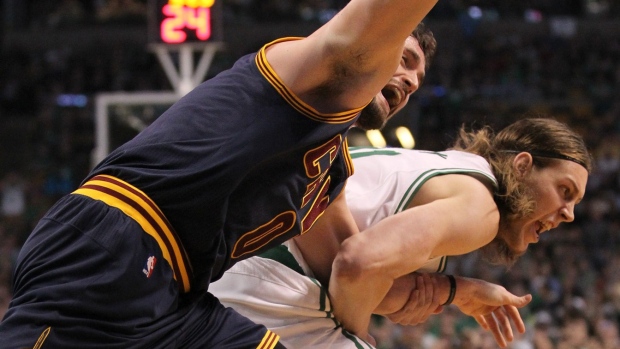 Love got hurt in the first quarter of Sunday's win over Boston as the Cavs completed a first-round series sweep. He got his left arm locked with Celtics forward Kelly Olynyk while chasing a loose ball. Olynyk yanked down on Love's arm and his shoulder popped out of its socket joint.

The Cavs said Love sustained a torn ligament and bruising. He is seeking additional medical opinions.

Cleveland acquired Love in a blockbuster trade last summer with Minnesota, teaming him with All-Stars LeBron James and Kyrie Irving to give the Cavs a "Big 3" capable of winning a championship.

In his first post-season as a pro, Love is averaging 14.3 points and seven rebounds. Love made six 3-pointers in Cleveland's Game 3 win.