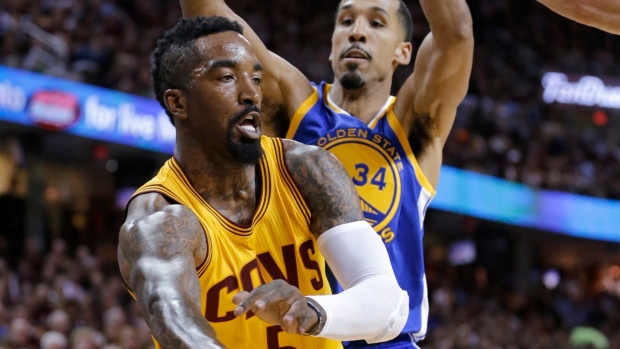 CLEVELAND - The Cavaliers made the re-signing of guard J.R. Smith official.

Smith announced last month that he was returning for a second year with the Cavs, who acquired him last season along with Iman Shumpert in a trade with the New York Knicks. The 11-year veteran made 45 starts for Cleveland, averaging 12.7 points, 3.5 rebounds and 2.5 assists.

He made four starts in the playoffs and averaged 12.8 points and 4.7 rebounds in helping the Cavs make the NBA Finals.

Smith had some solid post-season games but he wasn't the factor Cleveland needed in the Finals after Kevin Love and Kyrie Irving sustained injuries.

Smith initially opted out of his $6.4 million contract for next season before signing a two-year deal that includes a player option for 2016-17.

Meanwhile, the Cavs remain in a stalemate with forward Tristan Thompson, a restricted free agent.