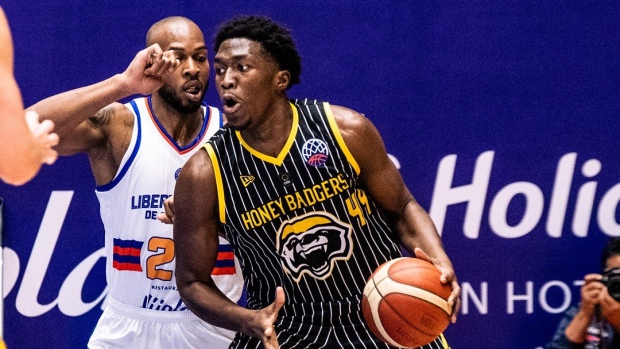 Brampton, representing Canada as the reigning CEBL champions, were led by Joshua Ibarra and Jordan Williams, who scored 23 and 15 points, respectively.

Ismael Romero scored a game-high 27 points, Javier Mojica added 24 and Trahson Burrell had 18 for the Libertadores.

The hosts opened the game with a 13-0 run before closing the first quarter with a 26-13 advantage.

Brampton had little answers the rest of the way as the closest it got after the opening frame, was being down by eight points in the second.

The Honey Badgers will look to rebound when they play Nicaraguan champions Real Esteli on Saturday.

This report by The Canadian Press was first published Dec. 9, 2022.