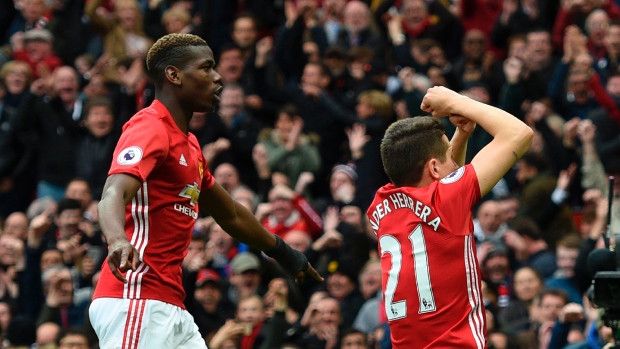 NYON, Switzerland — Manchester United will play Celta Vigo and Lyon will take on Ajax in the semifinals of the Europa League.

The draw was made on Friday, with United and Lyon getting home matches in the second legs.

The first legs take place on May 4, with the return legs on May 11.

United is seeking to win Europe's second-tier competition for the first time, which would earn the English team direct entry into next season's Champions League.

Celta Vigo has advanced to a semifinal of a top European club competition for the first time and is bidding to become the eighth Spanish winner of the Europa League or UEFA Cup in the last 12 years.

Ajax is back in a European semifinal for the first time since the Champions League in 1997.

Lyon has been this far in Europe only twice: 2010 in the Champions League, and 1964 in the now-defunct European Cup Winners' Cup.