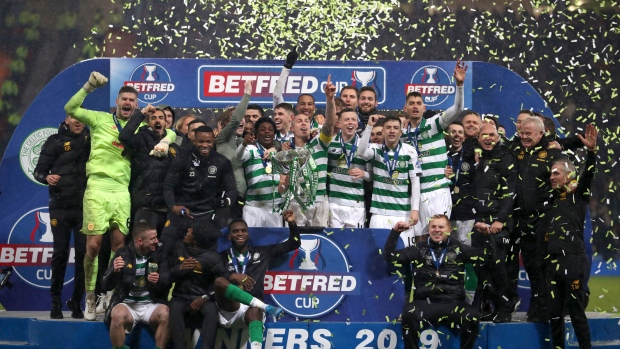 Steven Gerrard's Rangers was punished for spurning scoring chances when Celtic defender Christopher Jullien knocked in a free kick from Ryan Christie in the 59th minute.

Celtic goalkeeper Fraser Forster then saved a penalty from Alfredo Morelos, after defender Jeremie Frimpong had been sent off for fouling the striker.

Rangers has now gone eight years without a major title, which covers a spell when the team was forced to start again in the bottom tier in 2012 for financial mismanagement.