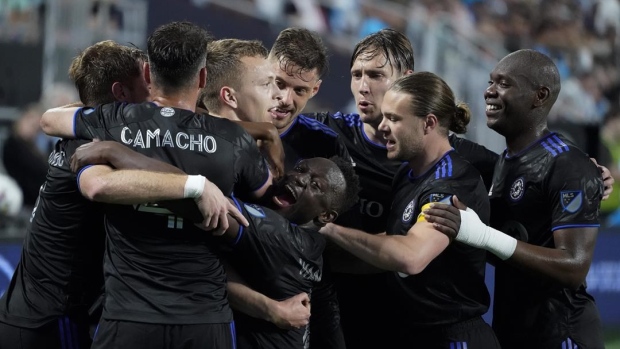 MONTREAL — It was fun while it lasted, but the streak has come to an end.

CF Montréal’s club-record eight game unbeaten run was ended on Wednesday in a 2-1 loss at Nashville.

The club will be looking to regroup Sunday when it hosts Real Salt Lake at Stade Saputo.

“(Nashville) are always difficult to play against, especially at home.” said head coach Wilfried Nancy. “There was a bit of a lack of fluidity in our game and that cost us, but we corrected it throughout the game which is something promising to see.”

Controlling the midfield is one of Montreal’s strongest points and was the key to their recent run of form. Against Nashville, the home side did well to nullify that, forcing Montreal to adjust its approach while looking for a goal.

Against Salt Lake — a team that tries to defend deep and with numbers —Nancy now has variety in midfield and can tweak his lineup to best match the opposition.

“it’s good to have options, we can play with two pivots or (with other formats)," said captain Samuel Piette.

"We all have different profiles, and it always comes down to the game plan. It’s up to the coach and how he wants the team to play. It’s good to have a lot of options and some healthy competition in training.”

Montreal will be starting a long stay at home, with their next road game coming on June 25, on the other side of the upcoming international break.

The break also brings good news for Montreal talisman and early MVP candidate Djordje Mihailovic, who was called up to the U.S. team for upcoming games in the CONCACAF Nations League.

This will be Mihailovic’s first call-up to the team since December 2020 when he made a single appearance off the bench.

“When I was younger, I didn’t really know what it was worth to wear the colours, but when it’s been a long time, it’s a dream again and it’s an honour,” said Mihailovic. “Coming (to Montreal) was the best thing of my career.

"I’m not going to look back and have any regrets because I’m putting all my energy and efforts into making the most of this opportunity.”

With six goals and three assists, Mihailovic is ranked third in MLS with nine points.