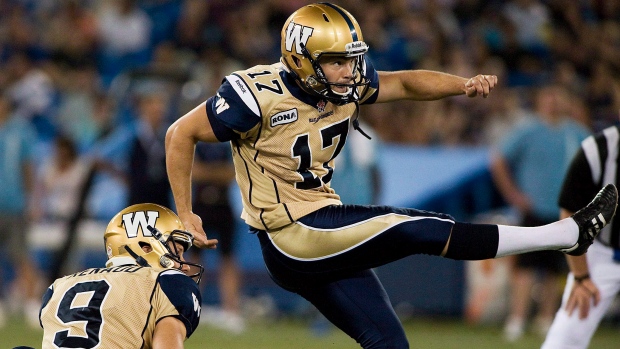 The CFL announced Saturday officials made a mistake late in the Winnipeg Blue Bombers’ 25-23 loss to the Calgary Stampeders Friday that could have cost the Blue Bombers points.

Winnipeg was flagged for a procedure call with 39 seconds left in the fourth quarter that turned a 45-yard field goal into a 50-yard field goal. Bombers kicker Lirim Hajrullahu missed the game-tying kick and a day later the league said the call never should have been made.

“Near the conclusion of last night's Winnipeg Blue Bombers vs. Calgary Stampeders game in Winnipeg, an illegal procedure call had a significant impact on the game,” CFL VP of Officiating Glen Johnson said in a release. “Our review of the call has concluded it was an incorrect call. The official who made it is being disciplined in accordance with the gravity of the situation.”

"We're deeply disappointed in what happened last night regarding the officiating error, as acknowledged by the league today," said Miller. " While we understand that mistakes happen, it is extremely frustrating for our organization, and our fans, that it occurred at such a crucial point in the game, and our season."