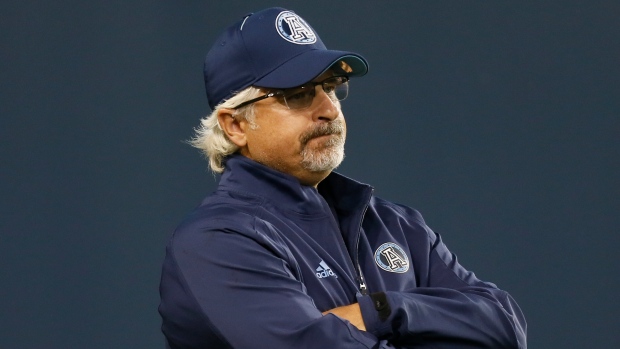 Next month's CFL Draft will include two territorial picks, the league announced Wednesday.

The two teams with the highest waiver priority will each get to make one Territorial Draft Pick, the league announced, to be used to select a player born within their territorial limits at the end of the second round.

The league said the additional draft picks were added after discussions led by a committee of some team presidents and general managers.

“CFL fans expressed a lot of support for CFL 2.0 and our international strategy when I hosted town halls across the country this past Winter,” CFL Commissioner Randy Ambrosie said. “At the same time, they told us they deeply value our Canadian players and they especially love seeing local kids become ‘hometown football heroes.’ We’re listening to those fans with this change.”

The CFL Constitution has defined territories for all nine teams and the league will provide all teams with a list of players eligible for selection with the territorial picks. The players will be from the existing list of draft eligible players.

Teams may also choose to defer their territorial draft pick until the start of any other round after the third round.

From 1972-1982, teams had the right to pre-select two players from its region who would then be exempted from the draft. That limite was reduced to one player from 1983-1984 before the practice was terminated.