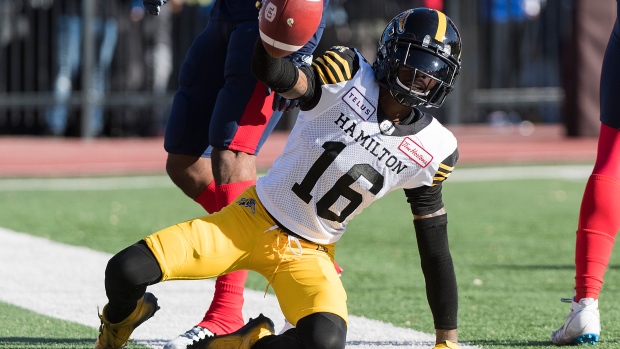 Canadian Football League fans, it is time to rejoice! Tonight, for the first time in 620 days, we will finally be able to watch our beloved league return to the field.

With the kickoff of the 2021 season, the Hamilton Tiger-Cats open as the odds-on favourite to hoist the Grey Cup (+450).

After setting a franchise record with 15 wins in 2019, the Tabbies have gained the necessary playoff experience to put themselves in a position to win the big game in their own backyard on Dec. 12.

In the West, there is considerable value to be had with the Edmonton Elks winning the Grey Cup (+1000).

A healthy Trevor Harris and the additions of Derel Walker and James Wilder Jr. to the Elks offensive arsenal is sure to give fits to opposing defences all season long.

The reigning CFL M.O.P. notched more than 100 receiving yards in five of his final seven games and found the end zone in six straight games to wrap up the regular season campaign.

With Jeremiah Masoli back at the helm of the Ticats offence, Speedy B will continue to produce at an elite level.

For their reunion this Thursday in Winnipeg, Banks’ over/under is listed at 85.5 receiving yards.

Considering he has averaged 102.5 receiving yards over his past 36 games, I like his chances of hitting the century mark yet again.

Bo Levi Mitchell boasts a perfect 11-0 regular-season record in his career versus Toronto, and in Week 1, his Stampeders are pencilled in as a five-point favourite.

Mitchell’s career numbers against the Boatmen? All personal bests against any opponent:

Even more impressive – in Bo’s 11 victories over the Double Blue, the Stamps’ have won by an average of 16.8 points (including seven of their past eight wins by double digits).

The best move Walker ever made was returning to the green and gold in 2021.

Thankfully for fans in the Alberta capital, they won’t have to wait long for number 87 to deliver.

Since entering the CFL in 2015, Walker has racked up 33 catches for 543 yards and one touchdown in four season debuts with Edmonton.

To say that the Texas A&M product has a tendency to start strong would be a massive understatement.

Walker owns the CFL record for most receiving yards over a player’s first three career games with 472.

Depending on the number, Walker’s receiving yards total could be an appealing play for Week 1.