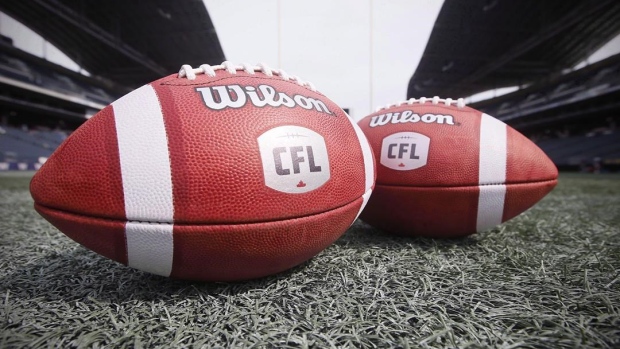 TORONTO — After a quiet start to collective bargaining, the CFL Players' Association has put a public face on its contract talks with the CFL.

This week, a number of CFLPA player reps, as well as executive members Henoc Muamba and Adam Bighill, have publicly emphasized on social media the union's message it be treated as a partner by the CFL in talks and be part of a fair contract.

The public comments come weeks after the two sides quietly began meeting amid suggestions talks had started amicably and even resulted in agreements on some secondary issues.

That was an encouraging sign given past CBA talks have often been contentious. But the CFL and its players hadn't yet started discussing the most serious matters — most notably the monetary ones or the Canadian ratio — with the present deal slated to expire May 14 before training camps open.

The union's decision to bring its players to the public eye would suggest the tough negotiating has begun. Neither the CFL or the CFLPA were immediately available for comment Thursday.

The CFLPA has consistently stated its wish to form a partnership with the league and be part of an equitable collective agreement. Those points were made in the postings by the player reps and executive members.

"It's important that the Players' Association and the league treat each other as partners because only (with) a true partnership will our league be able to experience exponential growth," stated Muamba, a CFLPA vice-president and linebacker with the Toronto Argonauts. "We must approach this relationship with respect so that we can truly maximize all of the potential from this allegiance."

"It's important that the CFLPA and the CFL are partners and mutually respect each another so we can both grow the game of football in Canada," he said.

"A successful CBA in my eyes is one where we create a stronger league together," he said. "Two ways I think we can do that: one -- ensure that we have competitive wages with all these new leagues popping up.

"And two -- ensure that if something does go wrong on the field that guys are made whole at the end of it."

"To me, a fair collective agreement looks exactly what it sounds like: Fair," he said.

Player safety, too, has long been a CFLPA priority, a point Adams also addressed in addition to Van Zeyl.

"Player safety is very important because, again, we, the players, are on the field," Adams said. "We're risking everything for the peoples' entertainment . . . so, for me, it's only fair that we get the proper health coverage that we deserve."

The CFL and CFLPA have been meeting pretty much since after the '18 season when they eventually hammered out the current collective agreement. They sat down again in 2020 to amend the contract for a shortened season that didn't happen due to the COVID-19 pandemic.

But they were much more successful in doing so last year, resulting in a return for a 14-game regular season. Defensive back Jamar Walls of the Calgary Stampeders offered concrete reasons regarding the importance of a CFL-CFLPA partnership and fair CBA.

"Because when you respect one another you can now trust one another," he said. "When you start to trust one another, you put your guard down and now you can become great partners . . . you can really have a big opportunity to expand and grow the league.

This report by The Canadian Press was first published April 21, 2022.