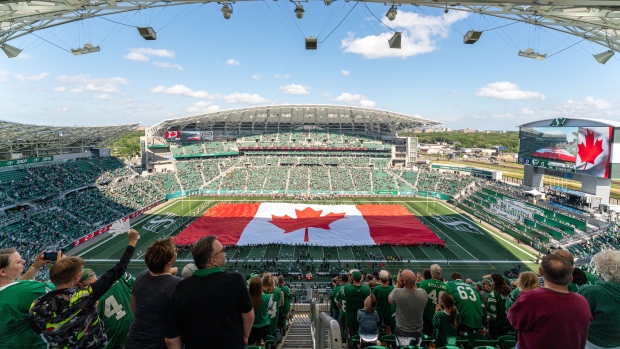 TORONTO — The 109th Grey Cup is officially a sellout.

Both the CFL and Saskatchewan Roughriders made the announcement Wednesday.

Regina last hosted the CFL championship contest in 2013 when the Saskatchewan Roughriders defeated the Hamilton Tiger-Cats 45-23 for their last league title.

This report by The Canadian Press was first published Sept. 28, 2022.