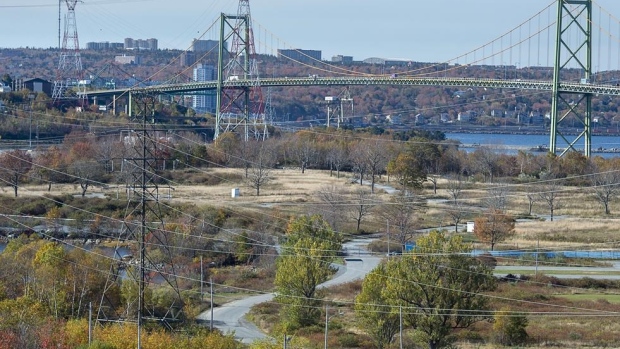 HALIFAX — A proposal to build a 24,000-seat stadium for a potential Halifax CFL franchise has been updated by the business group fronting the idea after it was nearly quashed by municipal politicians.

Schooner Sports and Entertainment (SSE) said in a news release that newly proposed changes to its $110 million proposal would reduce the risk to the municipality through an option for a new stadium ownership model.

Founding partner Anthony LeBlanc said in an interview on Friday that his group is also clarifying how the municipality would fully recoup its annual contribution with the potential for profit sharing.

"There's been a significant amount of negativity overhanging the project," admitted LeBlanc, who said he's been meeting with city officials and various councillors over the last few weeks in an attempt to allay any concerns.

"There were some ambiguities because you don't start a negotiation with what your endgame is," he said. "We didn't, and I guess we should have expected that people would take a look at that document and see a lot of holes and create their own rationale and reasoning of why that was the case."

The revised proposal would see SSE contribute tens of millions of dollars towards stadium construction, fund all ongoing capital expenses, be responsible for all operational expenses regardless of who owns the stadium, repay the municipality's full annual contribution and share the excess surcharge profit with the city.

The original proposal outlined various funding options for the stadium, including one in which the municipality would make an upfront payment of 15 to 20 per cent of the project's cost. There would also be annual payments of $2 million with the expectation of the money being recovered through a $10 ticket surcharge.

LeBlanc said under that plan his group would pay an occupancy cost of $1 million year and would make up the difference through the surcharge based on CFL attendance of 10,000 a game. He said in addition the municipality would now also share in any upside profits from the surcharge.

Last month, regional council voted by a margin of nine to eight against a motion brought forward by Coun. Sam Austin that would have killed the original proposal on the spot. Council subsequently voted to have SSE's proposal analyzed by city staff, who are due to report back in early December.

LeBlanc said he's not concerned by the revision to a timeline that originally called for staff to report to council by next spring.

He said key should be a focus on stadium financing, with other issues to be hashed out in the future.

"That (financing) is the big roadblock to get over, and there is no point in focusing on transportation and transit plans and things along those lines if we can't get to a point of agreement on the financing," LeBlanc said.

The venue proposed for the Shannon Park area of Dartmouth, would be used for football, soccer, rugby, lacrosse and other sports, in partnership with Sport Nova Scotia, when not being used by the CFL. It would include an inflatable dome to be installed during the winter months.

SSE said it would also hold one or two major stadium concerts a year, a number of smaller amphitheatre-style concerts and at least one Grey Cup every 10 years.