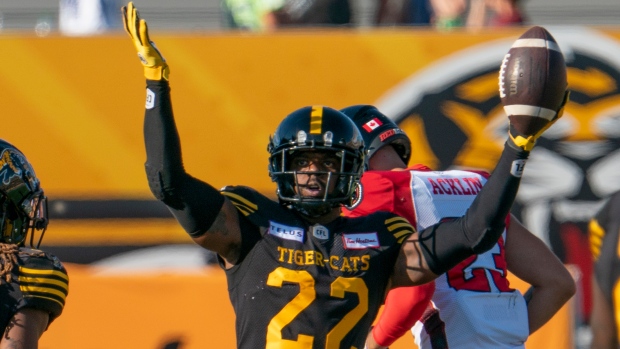 Defensive back Alden Darby Jr. is once again a member of the Winnipeg Blue Bombers after being dealt to the defending Grey Cup champions from the Hamilton Tiger-Cats in exchange for defensive end Cedric Wilcots II.

The 30-year-old Darby appeared in 10 games for the Ticats this season, recording 23 tackles, an interception and a sack.

The Arizona State product is in his fifth CFL season, having also spent time with the Toronto Argonauts. This marks the second successive season in which the Bombers have traded for Darby, having previously acquired him from the Argos last year during training camp.

In 11 games for the Bombers last season, Darby recorded 34 tackles.

Wilcots, 25, is in his first CFL season. In 10 games for the Bombers this season, the New Mexico State product has recorded two tackles.