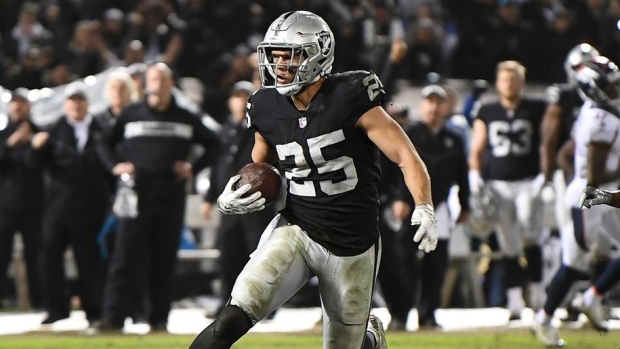 A total of 16 Canadian Football League alums are currently part of NFL organizations. 11 players are on active rosters, led by four-year NFL veteran and former Hamilton Tiger-Cats linebacker Erik Harris, while four players on injured reserve, and one is on a practice roster.

Former CFLers in the NFL for the 2019 season:

The former Montreal Alouettes defensive lineman has been a part of both a CFL and NFL organization this year. After playing in one game for the Alouettes this season, Bryant joined the Browns. He was promoted from the practice roster to the active roster after Myles Garrett's suspension.

The Canadian CFL spent training camp with the New York Jets before signing onto the Chargers practice roster after Week 1. Campbell has bounced between the practice roster and active roster this season.

The former Saskatchewan Roughriders linebacker made the Dolphins’ 53-man roster after signing with the team this past off-season. Eguavoen spent three seasons in Saskatchewan.

The former Hamilton Tiger-Cats cover linebacker is entering his third season with the Raiders. After starting the season as a backup and on special teams, injuries pushed Harris into a starting role.

The former Calgary Stampeders offensive lineman survived the Vikings' initial set of cuts before getting released ahead of Week 1. Jones rejoined the team ahead of Week 2 for his second season in Minnesota.

The former Edmonton Eskimos linebacker was cut by the Buffalo Bills at the end of training camp, but picked up by the Miami Dolphins a day later.

The former BC Lions punter made the Chargers’ 53-man roster after two CFL All-Star seasons with the BC Lions.

The former Ottawa Redblacks kicker, who also spent time in the CFL with the Hamilton Tiger-Cats, is entering his second season as the kicker for the Cowboys.

The Eagles waived Michel at the end of training camp but brought him back late in the season, signing the former Calgary Stampeders wide receiver to their practice roster.

The former Edmonton Eskimos receiver originally signed with the Arizona Cardinals this off-season before getting cut and signing with the Buccaneers. Mitchell tore his Achilles in preseason action and will spend the season on the Bucs’ IR.

The former Calgary Stampeders linebacker and 2017 CFL Most Outstanding Defensive Player was originally signed to the Eagles' practice roster after training camp, but promoted to the active roster ahead of Week 7.

The former Ottawa Redblacks receiver/return specialist, who also spent two seasons with the Toronto Argonauts, was cut by the Pittsburgh Steelers at the end of training camp but signed by the Broncos a day later.

The former Toronto Argonauts defensive back spent time with the Oakland Raiders and Indianapolis Colts after his time in Toronto before landing with the Seahawks in 2016.

The former Toronto Argonauts offensive lineman is in his third season with the Panthers after Carolina signed him off the Jacksonville Jaguars practice roster. Van Roten was placed on Injured Reserve after starting 11 games, ending his season.

The former BC Lions pass rusher is the elder statesman of the group. After 10 seasons with the Miami Dolphins, Wake is his age-37 season with the Titans. He was placed on Injured Reserve after nine games, ending his season.

The former Edmonton Eskimos receiver and CFL’s leading receiver in 2018 signed to the Bills' practice roster after training camp in 2019 before getting promoted to the active roster early in the season.

The former Edmonton Eskimos receiver spent last year with the Minnesota Vikings before getting cut at the end of training camp. Zylstra was claimed by the Panthers off waivers a day later.
(PR) - Practice Roster / (IR) - Injured Reserve