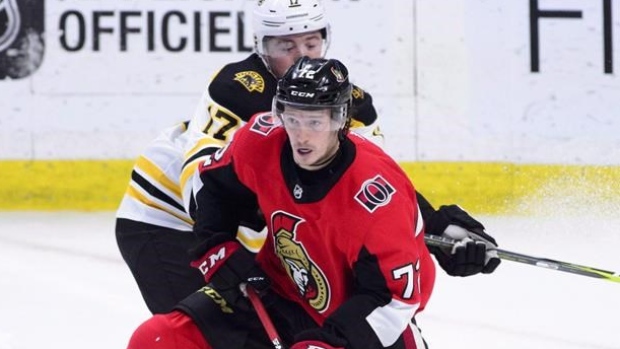 Senators head coach Marc Crawford said Wednesday he expects Chabot will get the call to play for Team Canada at the world hockey championships and noted he should be healthy in time for the tournament.

“He’s had such a good year this year I would suspect that he would probably get an opportunity,” Crawford said. “That tournament doesn’t start until early May, and by that time he’ll be fully healed I would suspect.”

Chabot was labeled week-to-week on Wednesday, but noted Chabot is hopeful to dress for the Senators again this season.

The 22-year-old has 13 goals and 49 points in 62 games this season and was named to his first All-Star Game earlier this year.

Chabot represented Canada at the worlds last year, posting one assist and a plus-3 rating in six games. He also wore the Maple Leaf at the world juniors in 2016 and 2017, winning a silver medal in the latter year while being named tournament MVP.

The 2019 tournament will take place in Slovakia, with play opening on May 10 when Canada will face Finland.