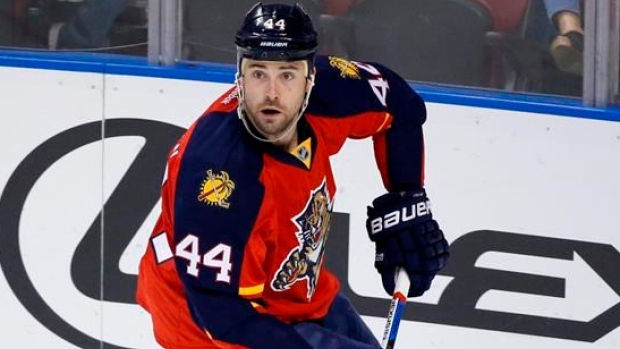 When Kris Russell was traded from the Calgary Flames to the Dallas Stars the trade deadline, one of the common refrains was that his abysmal 5-on-5 numbers were explainable by way of environment. With a different role and an increase in quality of teammates, expectations were that Russell’s numbers would return to normalcy.

This argument isn’t exclusive to Russell – we have heard it in prior instances with Tyler Myers, Brooks Orpik, Justin Schultz, and even recent Vancouver Canucks acquisition Erik Gudbranson. It seems like every time a non-first pairing defender with shaky underlying performance at even strength is moved, the go-to argument is that the player will simply benefit from change.

But is that truly the case? If so, it would suggest that team effects on player performance are massive, and that ascertaining a player’s skill set from statistical measurements would be quite difficult (and, truthfully, pretty worthless).

I’ve mostly found this point of view borne out of convenience and the unknown. Convenience because, at least pre-hockey analytics era, there was never a single hockey metric that could really effectively capture a defender’s value like scoring could for forwards or save percentage could for goaltenders. The unknown because teams still seem to be punching in the dark when it comes to player evaluation for blueliners. With less information comes more belief that the receiving team has the magic elixir to clean up a player’s game.

This is where hockey analytics can provide real value. I’ve always championed the use of RelativeCorsi% (measuring the Corsi% of a player’s team with him on the ice versus off of the ice) for defencemen because it captures the incremental value the skater is adding to his team at 5-on-5. Are they tilting the ice when they are out there? If not, why not?

The statistic checks all of the boxes we should care about: it’s a direct and positive driver to team goal differential (and wins), is repeatable, and passes all of our sanity checks. Most elite first-pairing defenders see their team’s shot differentials spike rapidly when they are on the ice; most poor third-pairing defenders become huge drags on performance.

If you were to believe the “all the player needs is an environmental change” argument, you would think that driving play for a defender is not a repeatable skill, simply because it would collapse like a house of cards the moment a player changed teams.

So, let’s test that theory. Let’s look at the RelativeCorsi% of every single defender who logged two seasons with one team, then changed teams and logged another pair of seasons. We’ll do this for every two-season sample from 2007-08 through this season. And we’ll also adjust for zone starts to control for players at the ends of the spectrum who either logged lofty offensive zone minutes or tough defensive zone minutes.

First, did the player’s skill repeat across different teams? 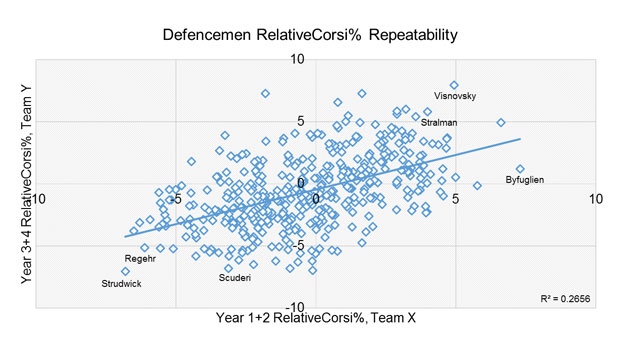 Let’s look at it another way. Let’s bin all of these defenders into five groups – our “elite” possession drivers through our “abysmal” possession drivers, and observe the average change in RelativeCorsi% at the time they changed teams. 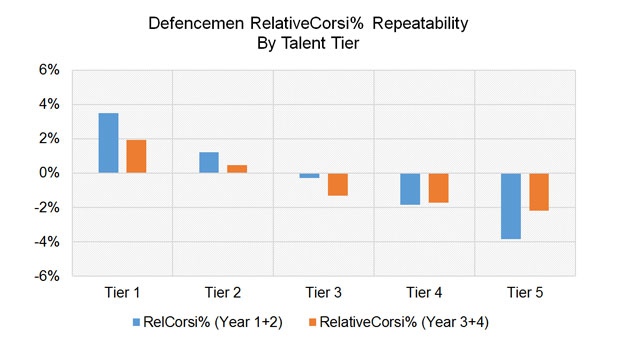 All this to say: I find it pretty unconvincing when a team solely relies on environmental change and related subjective or anecdotal factors when deciding on a trade. It’s not as if there isn’t data readily available that captures a defender’s contributions to his team’s shot (and by association, goal) share, and the data suggests that this is not only a repeatable skill year-over-year, but a repeatable skill across ranging environments.

So, the next time your team trades for a player who has been a team drag on the shot and goal differentials for multiple seasons, you are well within your right to ask some questions.

NHL GMs should certainly be asking those questions before they pull the trigger on any trade proposal.