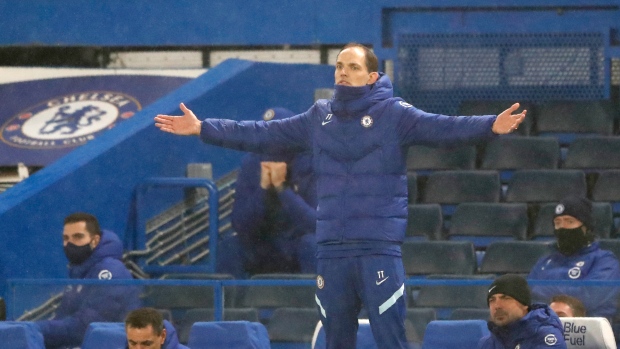 "It got heated up between Toni and Kepa," Tuchel said ahead of Wednesday's Champions League quarterfinals first leg against Porto. "So we calmed the situation down immediately. The reaction was not okay. But how the guys handled the situation, especially Toni and Kepa, was amazing and showed how much respect they have for each other."

Tuchel insists the altercation, which happened on Sunday, arose over what happened during training and wasn't the result of frustrations from the Baggies loss - the club's first defeat under Tuchel -  boiling over. Neither player will be punished.

"They sorted it out straight after training in a very honest, humble and very direct way," Tuchel said. "That showed me they have very good character. Toni sorted it out directly, and it was a strong and brave thing to do."

"These things happen in a family and we're a strong group," Kovacic said. "We spoke about it - it is all cleared and all done."

The loss on the weekend, coupled with West Ham's 3-2 victory over Wolves on Monday means that Chelsea now sits outside the top four with eight matches remaining on the season. The Blues, in fifth place, trail the Hammers by one point for the final Champions League place.

Chelsea, in the Champions League quarters for the first time in eight seasons, return to league action on Saturday with a London derby at Crystal Palace.