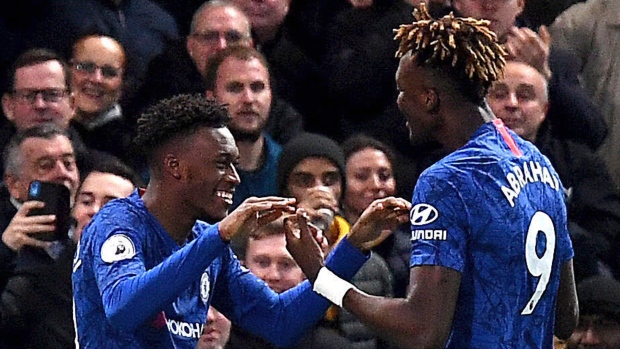 The first Premier League player to test positive for the coronavirus (COVID-19) is back to health.

The 19-year-old England forward had tested positive on March 13, the same day that football was suspended in England.

"I’ve spoken to Callum and it’s great that he’s fully recovered," Lampard told the club's website. "I spoke to him throughout that first week when he first got the illness and it was a strange time. Thankfully he didn’t suffer too much and we are happy he’s come through this. Now it’s just about taking the necessary precautions with the rest of the squad, which we have been doing since he first tested positive and everyone is doing well in the current climate."

Club legend Lampard, now in his first season as manager at Stamford Bridge, says that his concern right now isn't with his Blues squad staying in shape, but that they're taking care of their loved ones.

"It’s a difficult and strange time for everyone and no matter how much we all love football and all love Chelsea, sometimes other things have to come first," Lampard said. "This is one of those situations and my message to the players throughout this has been to put your family first. Look after them, and yourself, and keep the motivation that way. I have no concerns with the players losing motivation and I know they will be doing the basics right at home in terms of their fitness and looking after themselves in these times."

After 29 matches, Chelsea sat in fourth place in the table on 48 points, three clear of fifth-place Manchester United.