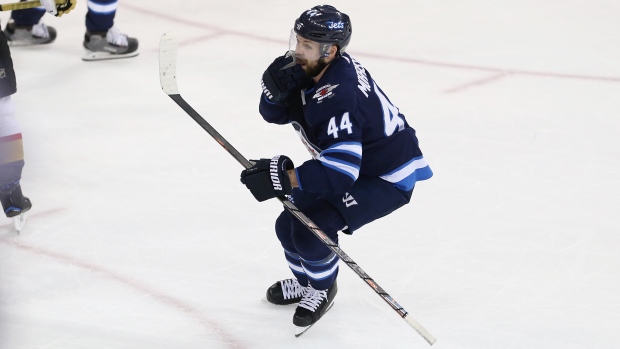 While the Winnipeg Jets took care of one piece of business on Tuesday in extending captain Blake Wheeler, but a pressing matter remains in re-signing defenceman Josh Morrissey.

"I would suspect so. We have had lots of conversations with his agent throughout the summer with respect to our situation and how we have to look at it," said Cheveldayoff. "I guess show up to camp and we’ll see how it goes."

According to the Winnipeg Free Press, "sources have suggested" Morrissey would prefer to sign a short-term contract, while the Jets have been Jets pushing to lock up the top-pairing defenceman long-term.

"That's always up for discussion," Morrissey told the Free Press of contract length in August. "One way or the other, I'm just excited to be on the ice and be a Winnipeg Jet going forward. "That's where I stand; one way or the other, I'm looking forward to the hockey aspect and the season aspect, and, as a player my focus has always been to become the best player I can be."

Morrissey posted seven goals, 19 assists, and 26 points last season – all better than his rookie year. He added a goal and an assist in the postseason while logging more than 20 minutes per game as Winnipeg made a run to the Western Conference finals.

The Calgary native was drafted by the Winnipeg Jets in the first round (No. 13 overall) of the 2013 NHL Entry Draft. He's appeared in 163 games for the Jets over the past two seasons, posting 13 goals and 46 points with a plus-21 rating.