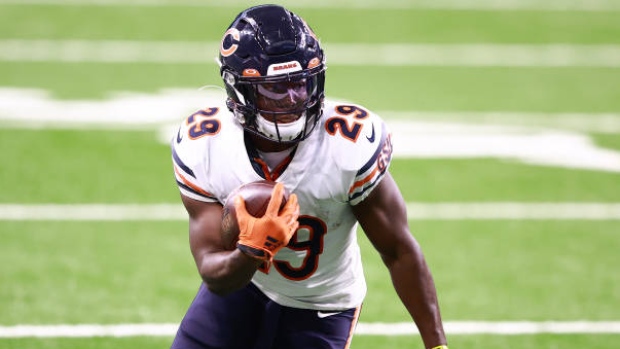 The team is awaiting further testing to confirm the diagnosis.

Cohen was injured on a punt return when Brian Hill was pushed into his lower right leg. He was taken to the injury tent on the Bears' sideline and then subsequently carted to the locker room.

The versatile running back had two carries for 21 yards in addition to three catches for 20 yards.