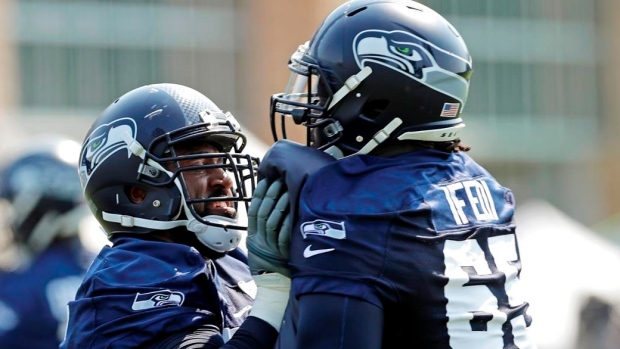 The 6-foot-5, 325-pound Ifedi made 60 starts at guard and tackle over four seasons for Seattle after being drafted out of Texas A&M with the No. 31 overall pick in 2016. He figures to replace Kyle Long at right guard after the Bears released the three-time Pro Bowl pick who was limited the past four seasons by injuries.

Chicago's offence ranked among the worst in the NFL last season. The line struggled to open holes for the run game as the Bears averaged just 91.1 yards rushing, 27th in the league.

They went 8-8 and missed the playoffs after winning the NFC North at 12-4 the previous season.