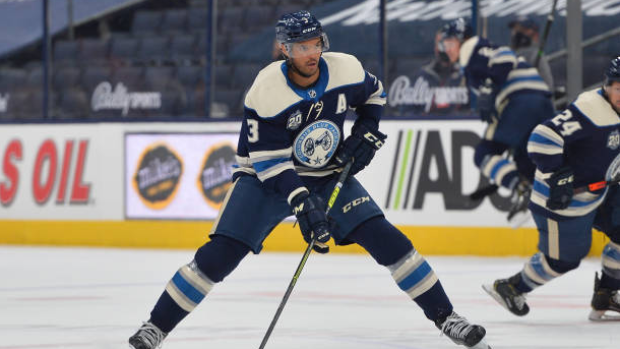 The Columbus Blue Jackets have traded defenceman Seth Jones, the 32nd overall pick in tonight's draft and a 2022 sixth-round pick to the Chicago Blackhawks in exchange for defenceman Adam Boqvist, 2021 first- and second-round picks and a first-round pick in 2022.

The 2022 first-round pick could become a 2023 first rounder instead if the selection is in the top two.

For picks and a player. Trade call hasn’t happened yet. But Seth Jones indeed headed to Chicago https://t.co/C2Hb72F5BR

My mistake. 8 year extension for Jones

Jones, 26, had five goals and 28 points in 56 games with the Blue Jackets last season after posting six goals and 30 points in the same number of games the previous year.

He is signed at a cap hit of $5.4 million and will become an unrestricted free agent next summer.

Drafted fourth overall by the Predators in 2013, Jones played three seasons in Nashville before being traded to Columbus for centre Ryan Johansen. He has 65 goals and 286 points in 580 career regular season games.