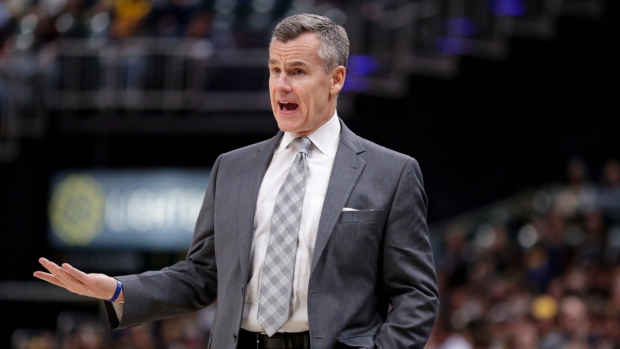 The Chicago Bulls named Billy Donovan as their new head coach on Tuesday.

"We are very pleased to welcome Billy and his family to the Chicago Bulls. The success that he has sustained over the course of his coaching career puts him on a different level," Bulls executive vice-president of basketball operations Arturas Karnisovas said in a release. "We feel his ability to help his players reach their potential, both individually and collectively, will mesh well with our roster. Whether as a player or as a coach, he has won everywhere his career has taken him, and we hope that will continue here in Chicago."

The 55-year-old spent the previous five season as the bench boss of the Oklahoma City Thunder.

Donovan went 243-157 in the regular season as head coach of the Thunder.

Prior to coaching in Oklahoma City, Donovan won two National Championships with the University of Florida.