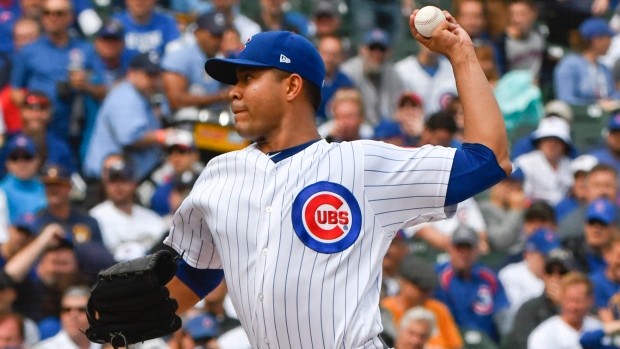 The team announced on Thursday that the 31-year-old hurler underwent a procedure on the thumb on his pitching hand after he cut it while washing the dishes.

Injury update on Jose Quintana from the Cubs... pic.twitter.com/75d5SOPWxl

Quintana initially received five stitches for the cut, but microscopic surgery on the thumb revealed a lacerated digital sensory nerve, which was then repaired.

He is expected to resume his throwing program in two weeks at which point the Cubs will make a further determination on his expected absence.

A native of Arjona, Colombia, Quintana is headed into his ninth big league season and fourth with the Cubs.

Quintana is entering a $10.5 million option year and will be an unrestricted free agent in 2021.

He spent the first five-plus seasons of his career with the Chicago White Sox for whom Quintana was an All-Star in 2016.