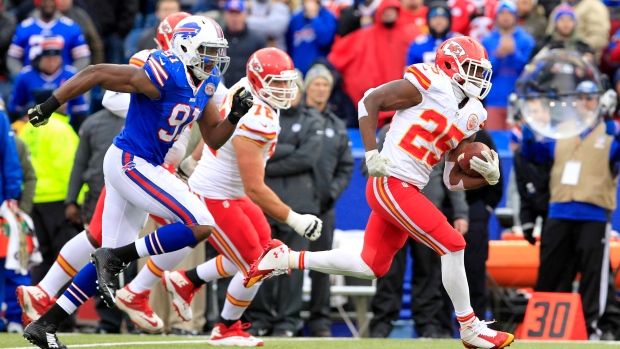 KANSAS CITY, Mo. - Chiefs running back Jamaal Charles will be available for Sunday's game at Arizona despite bruising his knee in last weekend's loss to the Broncos.

Chiefs coach Andy Reid said that Charles did not miss a snap all week in practice and will start against the Cardinals. Charles had just 10 carries for 35 yards against Denver.

Reid said that wide receiver Junior Hemingway and defensive lineman Allen Bailey are out after sustaining concussions. Hemingway has struggled to get on the field most of the season, but Bailey has become valuable for a defence that has struggled to stop the run.

Vance Walker and Kevin Vickerson are expected to replace Bailey in the lineup.