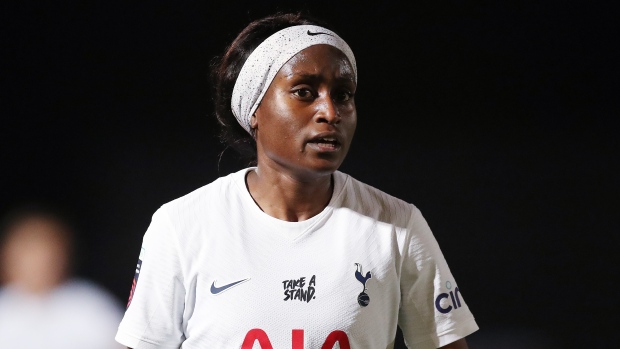 Ubogagu, who scored on her England debut in 2018, joined Women's Super League team Tottenham last year. She was initially provisionally suspended in January but details of the case and verdict were announced only on Thursday.

Canrenone, a masking agent, was detected in an out-of-competition test in October. It was in anti-acne tablets that Ubogagu had been prescribed by her dermatologist in Texas where she played for the Houston Dash in 2018.

In 2012, then-United States goalkeeper Hope Solo received only a public warning from the United States Anti-Doping Agency after Canrenone was detected in her urine test.

An English Football Association regulatory commission found there were no intentional doping rule breaches by Ubogagu to improve performances and that she was taking the medication for a recognized condition.

“I want to make clear that the medication had no performance-enhancing effects for me, but I still made the mistake of not being as diligent as possible, and as a result I am unable to play the game I love until I serve my suspension," Ubogagu said in a statement. “While my dermatologist is aware of my profession, it is also my responsibility to know more about the medications I am prescribed.”