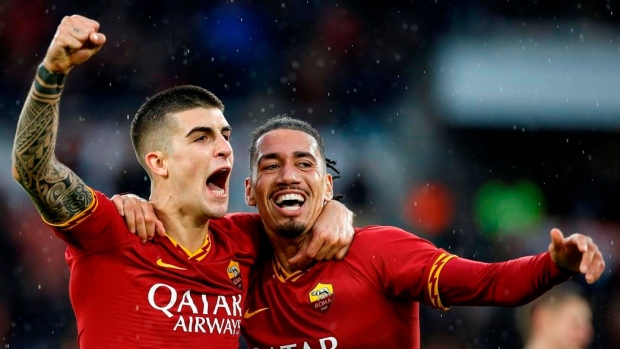 Mourinho had once questioned Smalling's commitment to fitness and playing through pain while managing the 31-year-old centre-back at Manchester United.

In 2016, Mourinho criticized both Smalling and Luke Shaw. After both players faced spells on the sidelines with respective injuries, Mourinho publicly questioned their commitments.

"There is a difference between the brave, who want to play at any cost, and the ones for whom a little pain can make a difference," Mourinho said at the time "If I were to speak with the many great football people of this team, they will say they played many times without being 100 per cent. We have players on the pitch with problems. In every sport, how many times do you play and you're not 100 per cent?"

Insisting that there are no problems with Mourinho, Smalling said he was surprised and excited about the prospect of the former United, Chelsea, Real Madrid and Inter boss returning to Serie A.

"It was quite a surprise to a lot of us, but there was initial excitement from everyone," Small said. "I knew the media would build up something about our relationship in the past. But from a personal point of view, it is a good thing because I have played under him. We have won trophies together. He made me captain in one of those finals - the 2017 [League] Cup final - as well, so having the chance to play under someone who you know is good, has been so successful and is so determined to win trophies at all costs is a positive. I know how big a deal it would be to bring a trophy of some sort to the club. Jose's history shows the club has picked the perfect man to do that."

Capped 31 times by England, Smalling is heading into his third season with the Giallorossi, having first joined on loan in 2019 before making the switch from United permanent ahead of last season.

Mourinho assumes control of the club after having been fired by Tottenham Hotspur last April. He succeeds Pablo Fonseca who left the club by mutual consent at the end of last season.

Roma, who finished seventh in the table last season and will compete in the inaugural Europa Conference League, will open their 2021-2022 Serie A campaign on August 22 at home to Fiorentina.