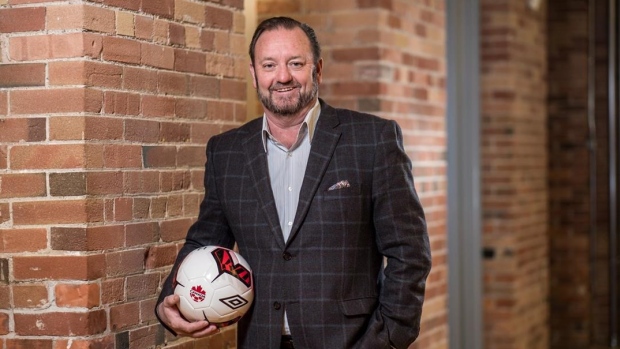 TORONTO — David Clanachan is stepping down as commissioner of the Canadian Premier League to spearhead the launch of an expansion club in the Windsor/Essex County region.

The league announced Monday that Clanachan has been been awarded exclusive rights for a CPL expansion club in his hometown, contingent on delivering a soccer-specific stadium and "other expansion criteria to league standards."

The eight-team CPL, which wrapped up its third season last month with Pacific FC crowned champion, already has expansion plans with Vancouver expected to come on board in 2023 and a conditional franchise awarded to Saskatoon.

A league spokeswoman said there was no agreement about getting a franchise when Clanachan became the CPL's first commissioner in January 2018. And Clanachan said he faces the same vetting as any potential owner.

"I've got to fulfil all the same things that everyone else has to do as far as how as the vetting process, the financial -- all the expansion criteria that the league standards have, I know them as well as anybody," he said in an interview. "I have to be able to punch those tickets as well."

Clanachan said realistically 2024 would be the target to have the Windsor-area club begin play, with the goal to have the franchise up and running prior to the 2026 World Cup that Canada is co-hosting.

Clanachan said while he alone is behind the proposed Windsor franchise, "there are people that are interested."

"I wouldn't say that we've actually inked any deal at this point in time. That's not what I'm worried about," he added. "I'm more concerned about making sure we get moving on where we're going to play first and go from there."

He pointed to Halifax's Wanderers Grounds as a model worth following, given its proximity to the city centre.

He declined to detail an expansion fee, saying he was not at liberty to discuss that at this time.

Clanachan, who oversaw the Canadian league's launch and expansion to eight Canadian markets, says the league's level of play has risen each year despite the pandemic.

"The reality is this league has survived and thrived through probably one of the most incredibly difficult times that I've seen in my entire life," he said.

"We're nowhere near being finished," he added. "But we've really laid down a phenomenal foundation. And I think this league is here to stay ... I'm extremely proud of what we've got.."

“Very few thought we could pull this off when we started talking about this with David five years ago, and yet here we sit with a league that is clearly been a great success despite the obstacles and that is destined to establish itself as one of the more important leagues in the world," CPL co-founder Scott Mitchell said in a statement.

Michell also thanked Clanachan "for his commitment in helping us with a seamless transition to our next leader.” Clanachan said he expects the league to "move at haste" to find his successor.

"I still remember our initial meetings when we drew up many of the current league policies on the back of a napkin several years ago," he said in a statement. "The league is now ready for a new trajectory of growth in large part due to his commitment."

"He has inspired our league through our exciting startup phase and navigated us through the difficult days of the pandemic,” Young added.

Clanachan joined the CPL after more than 35 years at Tim Hortons, starting at 14 unloading trucks and mopping floors at a Windsor franchise. He rose to president and COO before shifting to chairman of RBI Canada, the Canadian arm of Tim Hortons parent company, in August 2016.

Born just outside Glasgow, Clanachan came to Canada when he was four.

Windsor is in his blood.

"I grew up there, went to school there, went to university there, started my career with Tim Hortons there. Went back there for my career," he said. "So I learned a lot of things in that town. It's a very interesting city ... Great people."

"It has a special place for myself and my family for sure," he added.

Note to readers: This is a corrected story. A previous version incorrectly had 'CFL Commissioner' Sted CPL in the long headline